ACTRESS AND SINGER, TONTO DIKEH, TO APPEAR ON CLOSE UP PORTHACOURT ANNIVERSARY BILLBOARD 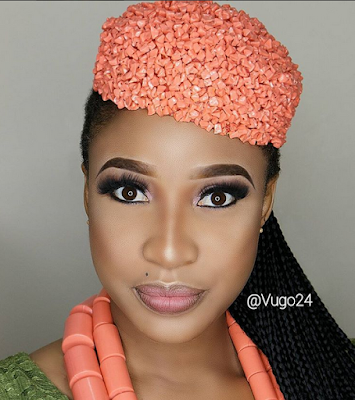 Nigeria actress, singer and philanthropist, Tonto dikeh will appear on the close up photo for the Porthacourt anniversary billboard with other Nigerian actresses. The photo was shared on social media by Vugo24.


Happy Easter to you all, may the joy of the Lord abide with u all IJN! Fron the  of @meritphotos. I bring to you all, close up pix for the Porthacourt anniversary Billboard look for @tontolet and other Nollywood actress! #tonto #mamaking #tontolet #tontodikeh #nollywood #vugo #vugo24 #promua #mua #makeupartist #nigeria #ikwere #bellanaija #bellanaijastyle #bellanaijaweddings #beauty #awesome #browking #flawless lash in 3D/Mink @debbyluster 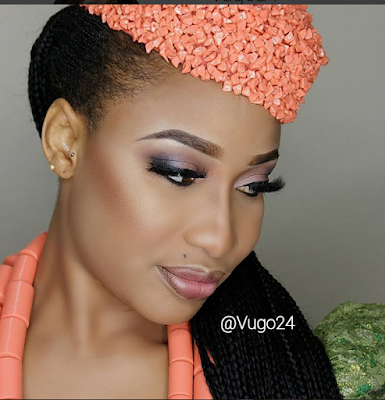 ACTRESS, MERCY JOHNSON SHOW OF THE PHOTO OF HER CHILDREN AFTER THE EASTER SUNDAY CELEBRATION 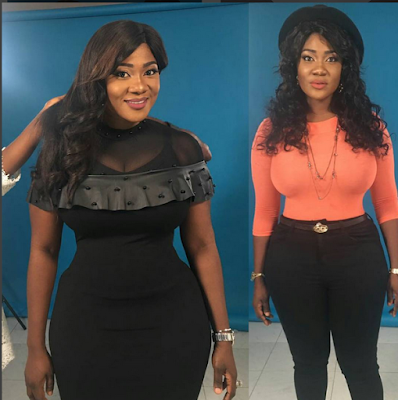 Actress, mercy Johnson who has been described as one who possesses great talent and versatility, took to Instagram to show of the photo of her children after the Easter Sunday celebration.

Party over.Happy Easter again everyone.ate so much rice and now am seated like a chicken lol,Henry is fast asleep but why won't he?he kept eating like d rice go finish,Purity is still jumping and Angel still chopping lol #afterglomegamusictour##owerriiwearehittingyounexton22ndapril#mamapurity#
Odiwife# 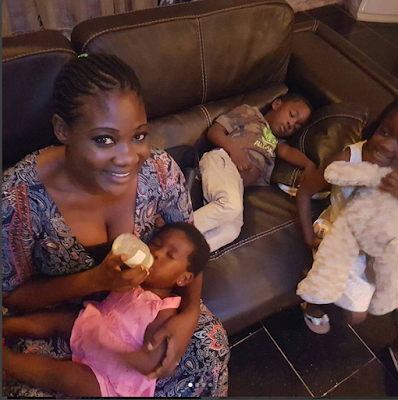 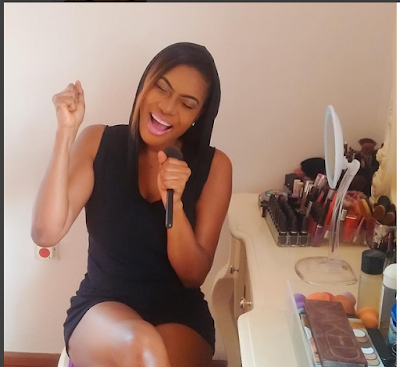 According to her:
Words can't express how much I miss you. It's been a year since you left to be with God but it seems like yesterday. I'm grateful for all you taught me and all the beautiful memories .Whenever I think of how strong you were it makes me a stronger person. It's hard when you loss a mom but losing a mom like you is even harder..... I know you're in heaven watching over us . My Children will know you like you never left . I Will never forget you and you'll always be missed . Thanks for being a pillar and making me the Woman I am today . Love you❤️❤️❤️ 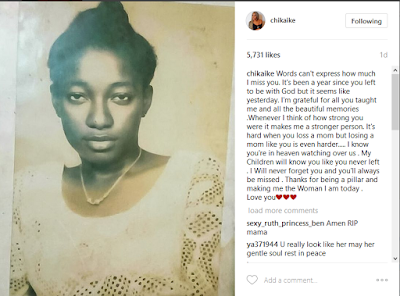 EASTER CELEBRATION, OGE OKOYE SHARED PHOTO OF HER MUM WITH HER KIDS 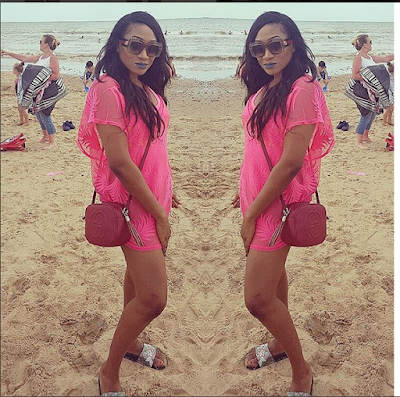 Nollywood actress Oge okoye, was born in London and later moved to live in Lagos with her family. She graduated from Nnamdi Azikiwe University, Awka with a degree in Theater Art.

Oge Okoye is a talented Nollywood actress who is one of the few actresses that love to keep their life away from the eyes and ears of the public.

Oge Okoye in line with the Easter celebration shared photo of her mum with her kids. 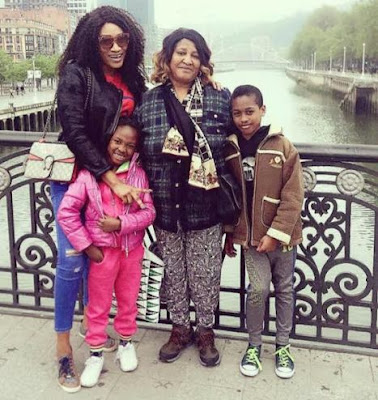 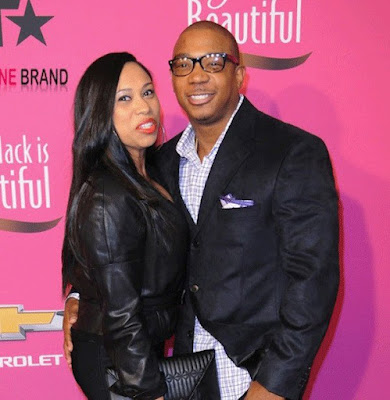 Despite the divorce stories rocking in Hollywood marriage life,one will find it difficult to believe that American rapper Jeffrey Atkins and his wife Aisha Atkin have been married for 16years.
Read also: The first time i got into an aeroplane was when i was traveling for the show −efe

The rapper took to Instagram to wrote: "16 years!!! Happy anniversary to my best friend love you baby!!! #sweet16" 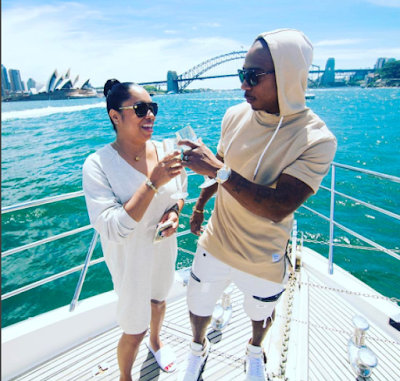 It might interest you to know that the two love birds Aisha Murray Atkins and Jeffrey Atkins first met at high school when she was 14 years. The couple got married on April 3rd, 2001 after they gave birth to their first child Brittany in 1995

Read also: #Bbn: finally bisola forgives ttt on a stage and gives him a hug
at April 16, 2017 No comments: 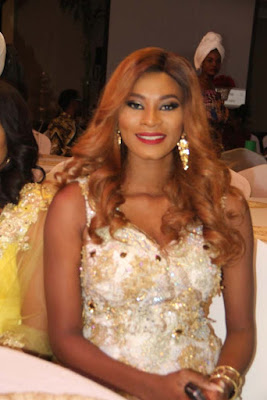 Yinka Adewale, fast rising Nollywood actress who has the a big dream to conquer Nollywood as a film maker opened up on career, relationship and state the reason why she can't date actor and Tv presenter, Uti Nwachukwu on a resent interview with the Sun


Now that school is over, what is next?


I am still studying and working on myself; trying to make me a better person. I’m actually studying at Mainframe Film & Media Institute run by veteran cinematographer, Tunde Kelani. It feels great to be a graduate.  Now, I will have more time to work on myself and focus on my career.

In 2015, you held a private screening of your debut movie, Voiceless Scream. How is it doing?


It did well but it is coming out soon. It took that long because I was doing my final exams and I didn’t want a clash between my academics and career. And may be, yeah… there were also financial challenges but the main reason was that school got in the way. Right now, I have more time to myself and we are negotiating, and it is going to the cinemas very soon.

Read also: The first time i got into an aeroplane was when i was traveling for the show −efe
At what age did you realise that you wanted to be an actress?


I have always had it in me since age 12 or 13. But my parents did not allow me at the time, because they felt I would not focus on my education and I would end up a drop out.

What kind of a child were you?

Which of your parents did you get your looks from, mum or dad?


(Laughter) My mum is prettier than me, that is what people say but I think I got it from the both of them. 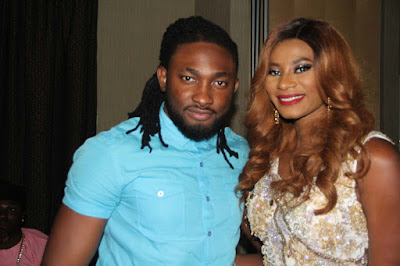 Is there anybody in your family that you take after creatively?


Nobody in my family has ever acted.

What was the reaction of your family when you said you wanted to be an actress?


They did not support me from the beginning. They said I was going to be used, to act only housemaid roles because I was not yet in the university. They wanted me to get a degree first but now they are in support.


Read also: #Bbn: finally bisola forgives ttt on a stage and gives him a hug

You’ve graduated and the world is beckoning. What project are you working on right now?


I am still rounding off with Voiceless Scream, and as soon as I am done with that, I have other things lined up for the next one year.


Thank you very much.

Who is the man in your life?


God is the only man in my life (laughter).

As a pretty woman, men make passes at you often. How do you handle it?


I try to be polite, I don’t get angry with them and they also respect me as well.

What’s the craziest thing a male fan has ever done to you?

You and Uti were together at the private screening of Voiceless Scream. What is your relationship with him?


He was at the private screening, that was all. He came to support me.

Can you date Uti Nwachukwu?


No, why? He is a senior colleague, and besides, we don’t have that kind of a relationship.

Can you describe your ideal man?


He has to be God-fearing, focused on his career and must love his family.

How would you rate Uti as an actor?


He is very good at what he does, whether it is modeling, acting or hosting an event.

What has been the greatest decision you ever took?


Choosing to focus on my career regardless of the fact that a lot of people were not in support of it. It is my passion, what I like doing.

What has been your happiest moment in Nollywood?


First, is achieving the first goal of my career, which is being able to produce a movie. Another of my happiest moments was when Voiceless Scream got nominated at the BON Awards. I was really happy; even though we did not win, getting a nomination for the film was great.

Who do you look up to in the industry?


I look up to Kunle Afolayan and Tunde Kelani becaue their works inspire me.

What has been your saddest moment so far?


Losing a friend who started the Voiceless Scream project with me.

What are your dreams?


To be one of the foremost filmmakers in the world and to be a great actress.. 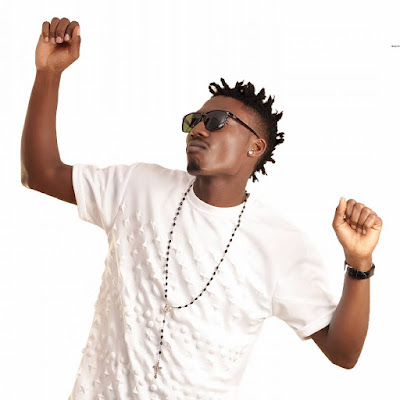 The 24years rapper, new payporte brand ambassador  and the winner of the just concluded BBNaija 2017, who has been on a media tour, revealed on an interview that the Big Brother show gave him the opportunity to enter into aeroplane for the first time. He also explained that he was never interested on Debbie-Rise and can not visit Port Harcourt because of Marvis.

Read the interview below:

On his relationship with Debbie-Rise:
“I was never really interested in Debbie Rise and when she came to the house, it was my duty to make her feel comfortable. In the house they told me I had to improve on my niceness because they felt I am not too nice but I tried my best. She took the vibe on a different level so I had to let her know that it was not what she thinks. Her guitar really got on my nerves and I had broken it like 200 times in my mind. Every day I set my eyes on the guitar, I broke it in my mind.” 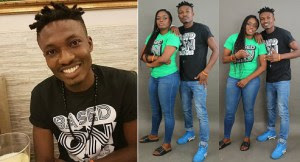 Asked if he wishes to visit Marvis’ family:
“I cannot go to Port Harcourt because that is where she is based. We all know how her father is, so I have no intentions of going to Port Harcourt or going close to the place. I don’t have a girlfriend. My priorities are different and I am not moved by women but that does not mean I am gay. Never.”

The #BBNaija winner revealed that the show gave him the opportunity of getting on a plane for the first time
“The first time I got into an aeroplane was when I was traveling for the show and I was really shaking. It was a terrifying experience for me when we were ascending and descending. My flight was from Lagos to Abuja and from Abuja to South Africa. The South Africa trip was worse because there was turbulence. There was a man who was chatting with someone and during the turbulence; he was thrown away from his chair. I had to tighten my seat belt and clinch to the chair. That was how I was all through the flight.”

ACTRESS AND SINGER, TONTO DIKEH, TO APPEAR ON CLOSE UP PORTHACOURT ANNIVERSARY BILLBOARD

Nigeria actress, singer and philanthropist, Tonto dikeh will appear on the close up photo for the Porthacourt anniversary billboard wit...